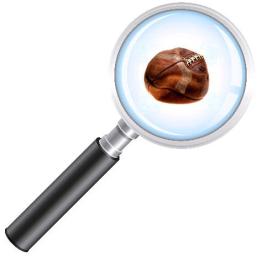 I’m flummoxed, I’m flabbergasted, and I’m leafing through my thesaurus trying to find another word to continue the alliteration but still stunned by the recent accusations against my favorite football team and favorite coach.  These recent revelations have led me to believe that perhaps Bill Belichick has not been very forthcoming (tongue firmly in cheek).  So now that the Super Bowl has been aptly renamed the Inflata Bowl, I will attempt to gauge the impact this has on the Patriot fan base.

I generally try to write about Maine politics as I see it, but when these allegations surfaced, it took the air out of the room (I can’t help myself).  I had to put voice to my utter shock, put pen to my shattered worldview, and put type to my crushed perception of Professional Football.  Yes, things are not what they seemed.

Bill Belichick has lied to us.  The NFL is in a feeding frenzy against their favorite team to hate, the New England Patriots, but, unwittingly, the NFL has revealed that Bill’s lie is their lie.  Oh, the great masquerade of the gridiron has been once and for all exposed.

For so long we have lauded the game of football for its battle of complex strategies.  Landry, Lombardi, Shula, Walsh, and Belichick are immortalized for their mastery of the game, their attention to detail, and their innovation; yet, it was all a ruse.  Yes, the game of football, we now know is just a clever con job.

The Indianapolis Colts in their desperation to account for an embarrassing trip to the proverbial woodshed in Foxborough have spilled the crux of the truth, along with a little coaxing from the Baltimore Ravens, who will spite anything to hurt the Patriots (call it the Harbaugh Whine, when he doesn’t win he whines).  For all of us who believed football was about great coaching, great team and all the majesty of NFL Films, we were wrong.  It’s about air pressure.

Who knew?!  We do now!!  While Bill Belichick has passed himself off as some Palpatine evil mastermind of football, it was never about him in the first place.  It was always about the ball boys.  The truth is the success and failure of a football game hinge upon the inflation or deflation of the football.

Can you imagine the rage Bob Kraft is feeling right now?  He must now weigh the salaries that he has paid to coaches, assistant coaches, and players against that of a ball boy who can deftly manipulate the needle in a football.  Where was this information when he was building an empire? A football mastermind, when all you need is a football voodoo doll?

You think Bill knows?  I think he does.  The Colts know.  The Ravens know.  The whole NFL is up in arms about this.  It must be important!!  This can’t just be a crusade to smear the Patriots, could it? So, it must be what has caused teams to win regularly, and some to lose regularly.  Some teams just have better….ah…air pressure.

It must be of utmost importance.  We watched a Baltimore Raven beat his pregnant fiancé unconscious and drag her out of an elevator in front of security cameras.  The Ravens tried to cover it up, along with the NFL.  If Governor LePage hadn’t called them out, nobody would have said anything.  Even still, Ray Rice will probably play in the NFL next year.  Nobody said anything about banning the Ravens from the Super Bowl.  This air pressure thing must be big.

The Colts have the worst record for practice and player safety violations in the NFL.  Nobody said anything about that, much less banning them from the Super Bowl.  So is the NFL really about integrity or is just a bunch hot air?